Kue lumpur is one of my favourite snacks. My family usually make or buy the potato kue lumpur. Until I found a recipe that used the sweet potato instead of potato in an old femina magazine. It looked sooo tempting, just the same as the potato one. Let's give it a try, do they taste the same? 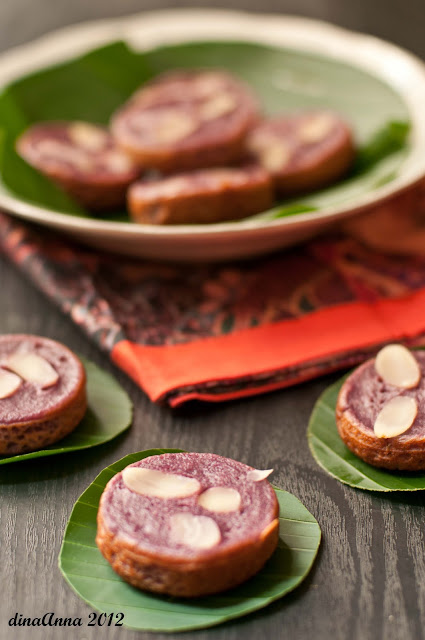 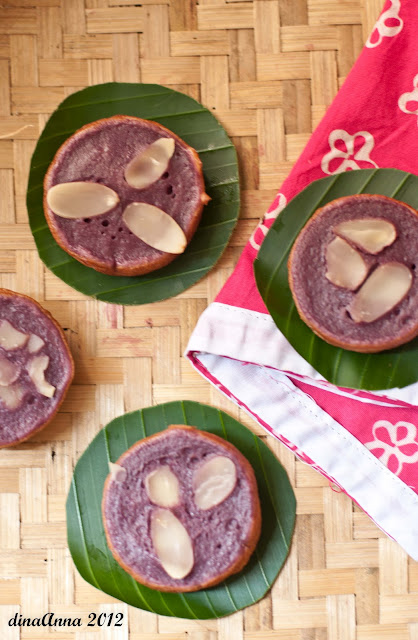 Place mashed sweet potato and flour in a bowl. Mix well. Gradually pour coconut milk and milk. Mix well. Strain out using a fine strainer. Set aside.
Beat eggs, sugar, vanilla and salt.
Fold in the sweet potato and flour mixture. Mix well. Strain out again.
Add melted margarine and mix well.
Heat the kue lumpur pan and grease each hole with margarine.
Spoon the batter into the heated pan and close the lid. Cook over a low heat. Add almonds when they are about half cooked. 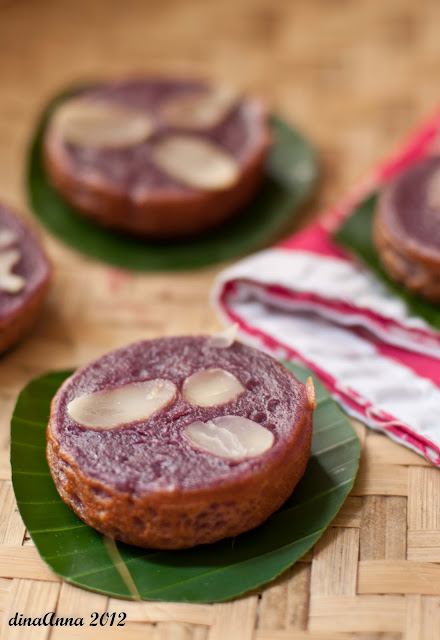