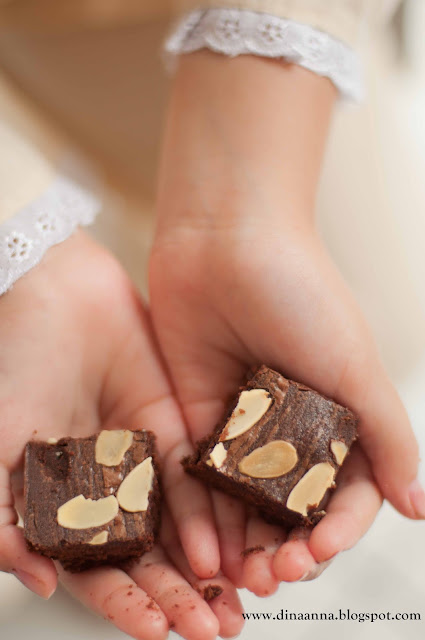 Wishing us happiness and health throughout the year

What are your resolution?

Related to this blog, mine are: 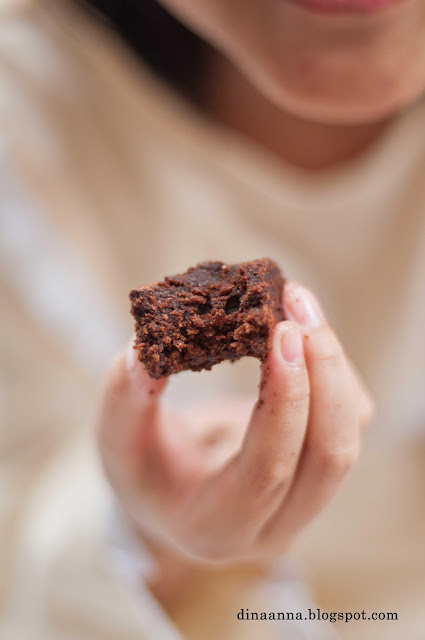 Now, about the brownies...
This was my second trial making pennylane brownies. Unlike the first one, this brownies is not gluten-free, because I used wheat flour. Although that I was not satisfied but I was quite happy with this one. It was much better than before. It was more moist and a little shiny crust appeared on it ... yes, though it was only a little but still, a little was better than not at all, right? he he...

This time I reduced the baking time, from 35 minutes on the original recipe to about 25 minutes. This brownies became more moist, not as dry as before. Maybe it was also because of the flour. I found that gluten-free flour mix of rice flour and cornstarch results a dryer cake than wheat flour.

I also added the sugar to 300 gr, still less than the original recipe 360 gr. Is there any correlation between the sugar amount with the shiny crust? I'll try to use more sugar next time to see whether the shiny crust will be willing to spread widely or not... :)

Email ThisBlogThis!Share to TwitterShare to FacebookShare to Pinterest
Label: cake