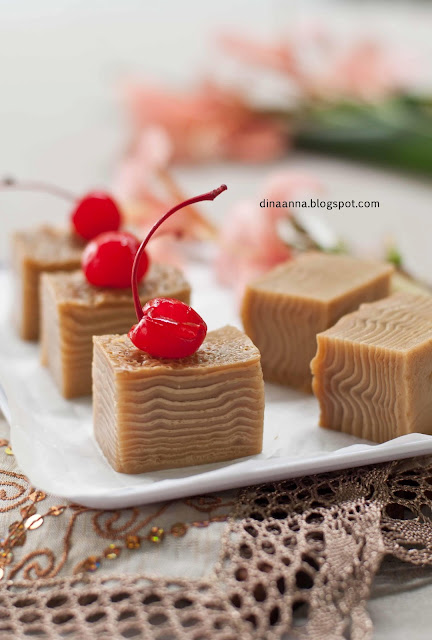 The idfb challenge 10 is about kue lapis traditional. As you know, Indonesia is a home of kue lapis or layer cake, from baked kue lapis like lapis legit or lapis surabaya to the steamed one like lapis beras, kue pepe and a lot more. It is not easy to make a kue lapis. It needs patience and a lot of time. We have to bake or steam one layer at a time for about 5 - 10 minutes and then pour the next layer over the already baked or steamed one and so on until all the batter is all used up.

My only experience making kue lapis is about 2 years ago when I was still living in Perth. I wanted to eat kue lapis beras pandan so badly at that time that make me dare to make it myself. My steamer was so small and even I didn't have a baking pan. I used a small enamel bowl that only fit 1/4 part of the recipe. It was so challenging but the taste was sooo delicious though it was not pretty. It didn't have an even layer, some parts were bumpy. Maybe because the heat was too high or my stove produced uneven fire.  Some layers were also thicker than the others. Maybe because I already pour the next part of the batter while the previous layer was not set yet. Or maybe because I didn't measure the batter before pouring.

Therefore I am so happy to find this lapis india recipe at mba Hesti's blog. As I read at kompas online and surya online, this lapis india is a favourite and now become an icon from Banjarmasin. It seems simpler than the other kue lapis. We do not need to divide the batter into 2 or more parts. We only use 1 batter and surprisingly the layer forms its alternating color by itself. We also do not need to bother about uneven layer because it is the wavy that make this kue so pretty and special.

I only made half of the recipe and used a 16 cm square pan. It took 2 and half hours though I used a blender to speed up mixing the batter. The longest time was of course at steaming or layering stage. There is love and attention for every layer. Learning from my experience, I measured the batter and wait patiently until the previous layer set before pouring the next one. But all was paid of when I saw the result. This kue is so pretty, sweet and soft like pudding. Just as Banjar people say: nyaman banarrr... 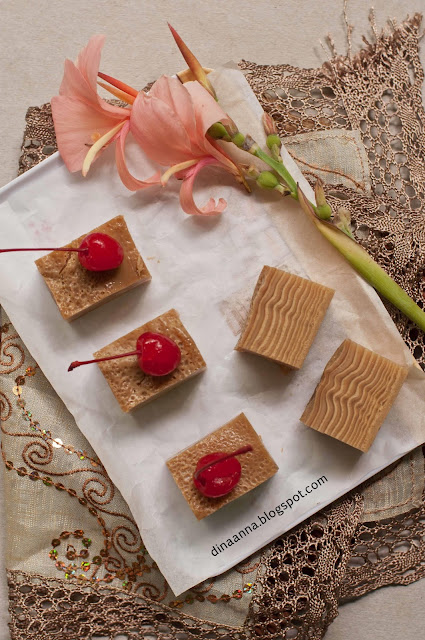 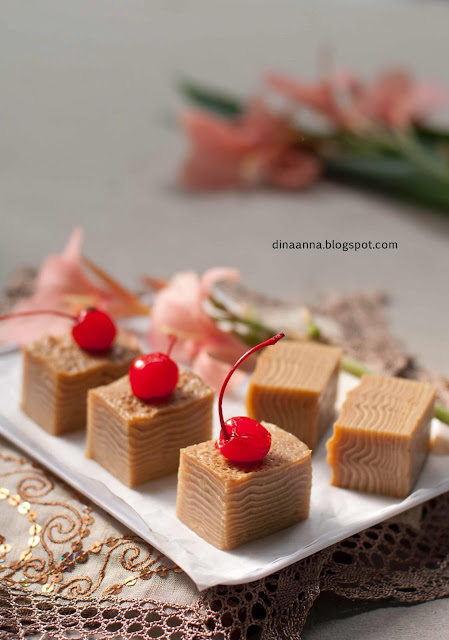