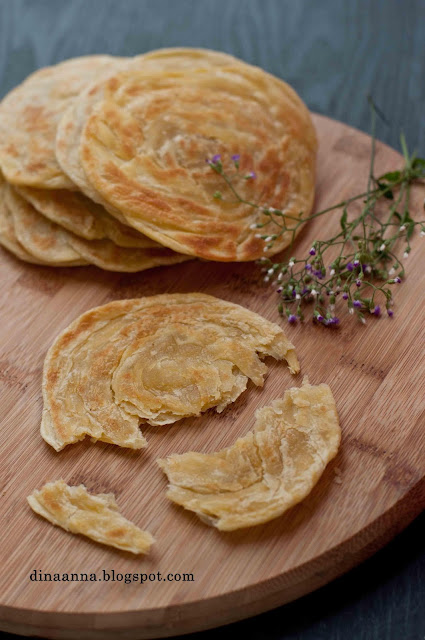 For health reason, I try to avoid margarine recently. I prefer to use oil or butter in baking. But for this one, I break it. That one is roti maryam, my favourite flatbread that I grow up with.


Other region called it roti canai, roti cane, or roti konde. Since I was a kid, I often bought this yummy bread at Bahyan store. I do not know exactly is it the name of the store or the owner. Everybody in Pekalongan just said Bahyan for that store. Until now, when I visit my hometown, I still come to Bahyan to buy it ... :)

I found this recipe at tabloid nova and tried to make it myself this morning. The ingredient part is so simple, but the 'how to' is a bit tricky. We need to pay attention on spreading the dough as thin as possible to form its flaky texture. Then, the dough should be really elastic. I found that the longer I let the dough rest, the more elastic it will be. So, don't be in a rush in making this bread, the longer it rest the better ... ^^ 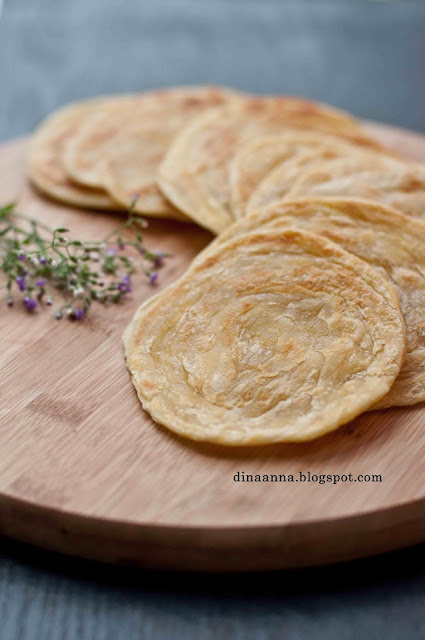 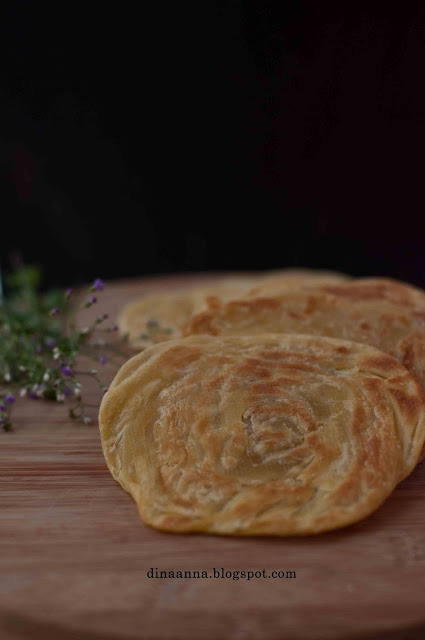 Email ThisBlogThis!Share to TwitterShare to FacebookShare to Pinterest
Label: bread