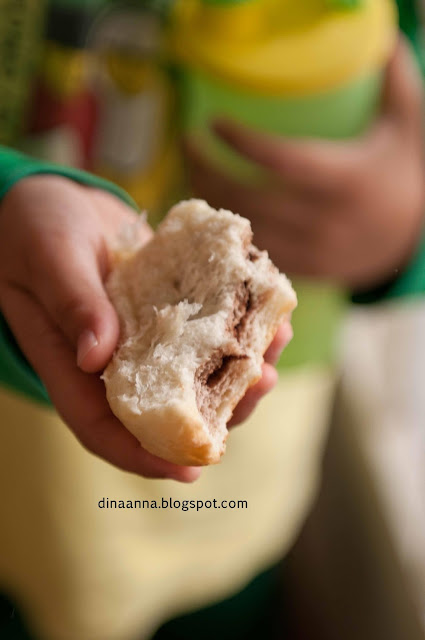 This was my second roti singkong. The first one was about a month ago. I used roti kentang recipe at that time but substitute the potato with cassava. It turned out not bad actually, rose well and soft, but it was a bit chewy and very satisfying. We could only eat one, no more... I thought that maybe it was because the cassava and potato have different texture. Maybe, in bread making especially, cassava and potato were not an equal substitution.

So, this time I reduced the amount of cassava. I also added water while mashing the cassava until it was smooth like a paste. And it worked. This cassava bread was so so much better than before. It rose higher, softer and not chewy anymore. I added cocoa powder to some part of the dough and formed it into flower and pull-apart shape. I got the idea of the flower from mba Hesti's blog but mine was turned out not as pretty as hers. The dough was sticky make it a bit hard to be handled.

I made this bread as the snack for my children when they did the rehearsal for the akhirussanah (graduation ceremony) at their school yesterday. Iban, my son, finished his TK (kindergarten) this year and will go to SD (elementary school) next July. Congratulation Iban. We are so proud of you. 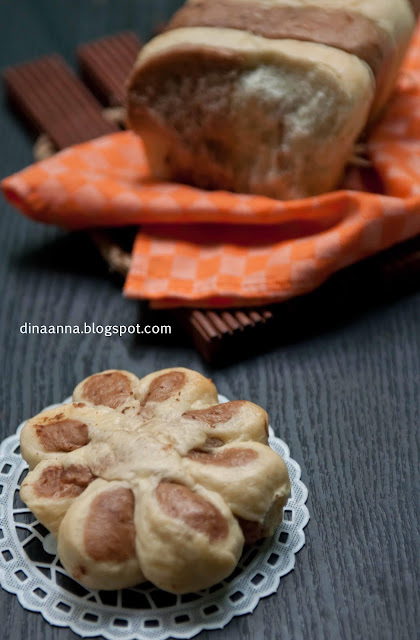 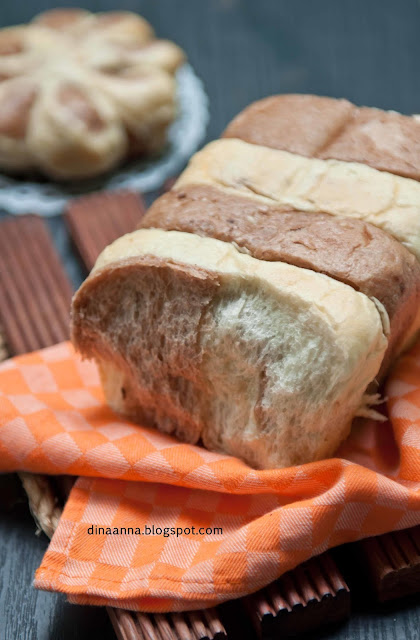