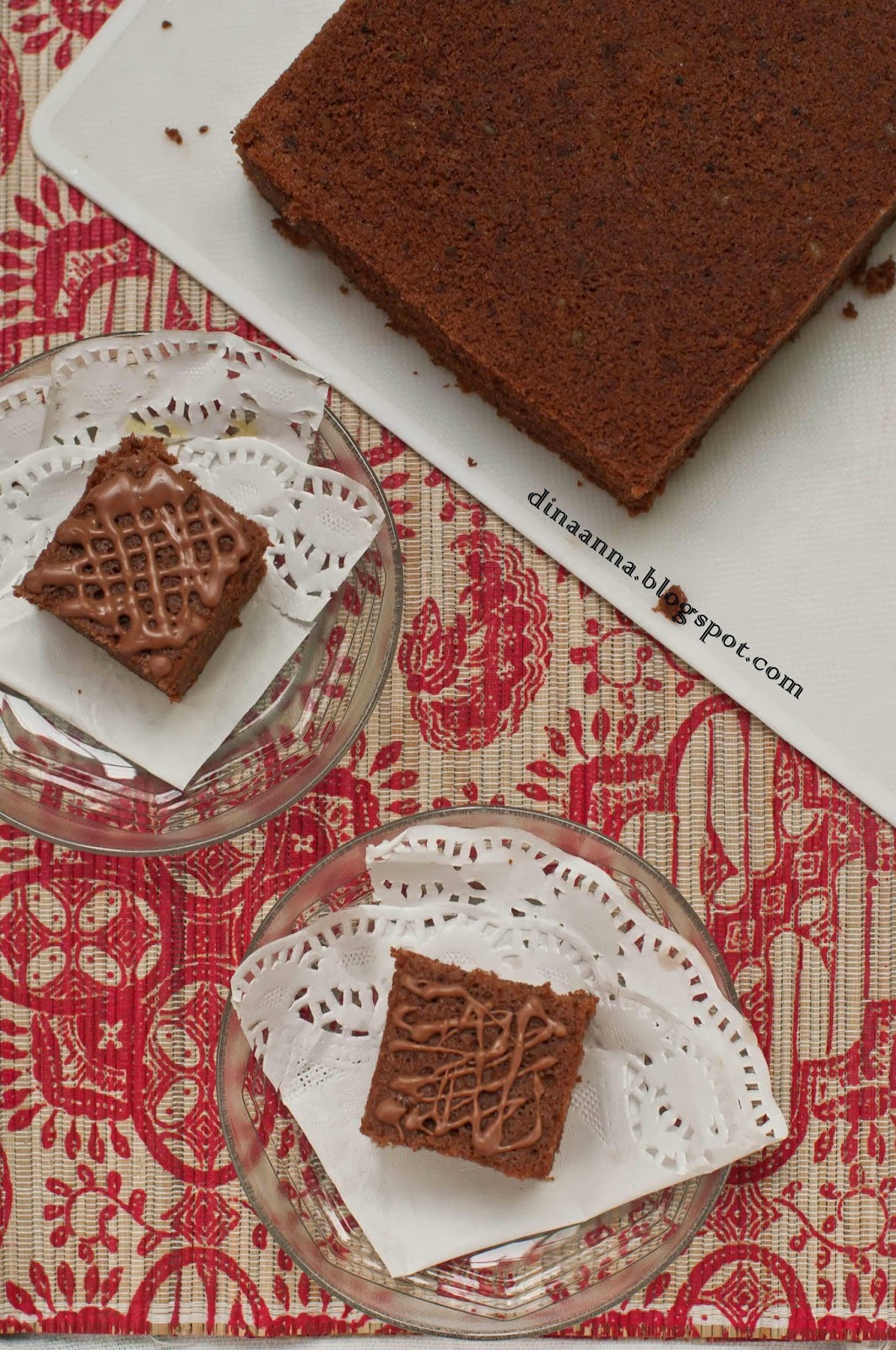 I was really very happy with this steamed brownies. It just looked like any other steamed cake, I knew, but it was really a special one to me. Why, this was my first experience using mocaf flour as wheat flour substitute. Mocaf or modified cassava flour is flour made of cassava that are already modified using biological process. Many experiments showed that mocaf can replace the use of wheat flour until 100% in brownies, steamed cake and sponge cake. My blogger friends had already tried using this flour and they said that the cake using mocaf flour is as good as one with wheat flour. So, better late than never, right? I decided to buy mocaf flour and had it a go.


Besides, this cake had mung bean in it. Just the same as roti kacang hijau I posted before, I used some leftover mung bean porridge. I used the bean only, leaved out the water, and mashed it in a blender until fine. If you do not have any leftover then soak mung bean for 1 hour minimal, cook them then mashed them.

I was so amazed that with mocaf and mung beans minus emulsifiers and baking powder/soda in it, this cake still turned out really good. It was still fluffy and nice. The taste was so good. We could hardly notice the mung bean and mocaf taste, completely covered by the the chocolate. 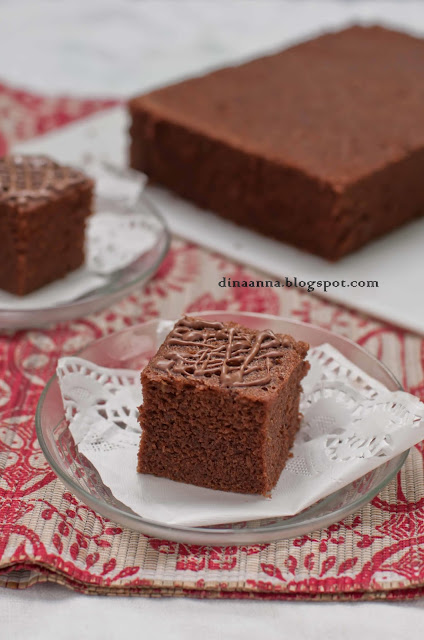 
Heat a steamer. Cover the lid with a cloth to prevent the water from the steam down to the cake.
Shift together flour and cocoa. Set aside. Mix melted margarine, dcc and mung bean. Set aside.
Beat sugar, eggs and emulsifier (if using) until white and thick.
Fold in the flour mixture carefully. Fold in the mung bean mixture carefully.
Pour it to a 20 x 20 cm greased and lined baking pan (I used 18 x 18 cm).
Steam on medium high until done.
When the cake is already cool, cut it rectangle or square.
Dip it in melted dcc. Drizzle the milk cooking chocolate.
Enjoy...
Diposkan oleh Unknown di 07:59